Information and advice on the STCW convention Basic Safety Training courses - Sometimes referred to as STCW95 - Here are the top most frequently asked questions.

Many people ask, what is STCW 95, how is this different to  STCW 2010?  Even those who hold the certification often don’t know the definition. The term STCW stems  from the international convention on:

Standards of Training, Certification and Watchkeeping for Seafarers (STCW) 1978

STCW is an international standard set of training courses for seafarers decided in 1978. This was brought into action in 1984, amended in 1995, and again in 2010 in Manilla, hence the terms the Manilla amendments. These 2010 amendments were decided in 2012 and came into force January 2017.

The International Maritime Organisation is responsible for the overall training STCW standards, whilst individual member state maritime organisations  take responsibility for interpreting these, setting course syllabi, accrediting centres, and enforcing the standards. If a countries maritime training' standards are deemed sufficient to meet the IMO standards that country is then placed on what's called a white list - The UK Maritime & Coastgaurd Agency  is on the white list and one of the preferred accreditations.

Before the STCW convention, training standards were set by the individual countries and, with the inevitable local variations in content and standards, it caused  some problems within the international maritime industry.

Whats the difference between STCW 95 and STCW 2010?

You may hear people talking about getting their ‘STCW 95’ , ‘STCW’ 2010, or STCW 10!  Don't worry, they are all exactly the same course. The official name for this course is simply

‘STCW Basic Safety Training’ There are no requirements to quote the amendment year.

How long does it last?

Generally speaking, if you want to work internationally in the maritime industry you will need, STCW Basic Safety Training.

What is involved in the STCW Basic Safety Training?

STCW Basic Safety Training is actually a package of 4 courses:

When booking the full STCW Basic Safety Training course with Allabroad the STCW Security Awareness course is included complementary, however its is an additional extra if required as part of the update course.

What else do I need to work at sea?

In conjunction with your STCW Basic Safety Training certification you will require an ENG 1 Medical. We can often organise this, with all your training, in Gibraltar.

Who accepts this certification?
It is important to check if you already have a job in mind, check with the captain, or crew agency what certification they prefer. The UK MCA is the preferred version within the Super-yachting industry as many yachts are UK flagged. If you do not have a job in mind then the MCA version of STCW is one of the preferred versions within the industry.
How do I know if a training is MCA accredited?

Unfortunately there are many centres offering STCW courses who are not accredited. It's important to verify  if a centre is accredited and you can do so by visiting the Gov.uk Website listed below.

Many people use the term STCW 95 or STCW 95 course, STCW 2010  - however the correct name for the course they are referring to is STCW Basic Safety Training (there is no need to quote the year) - This course is the entry level mandatory safety training seafarers need to work on vessels commercially, from: work boats, super-yachts, tankers, container ships; all the crew will at least require this STCW Basic Safety Training.

In the picture below STCW Basic Safety training trainees are tackling an oil fire with foam, one of the essential elements of the Fire Prevention and Fire Fighting course, part of the STCW Basic Safety Training Package. 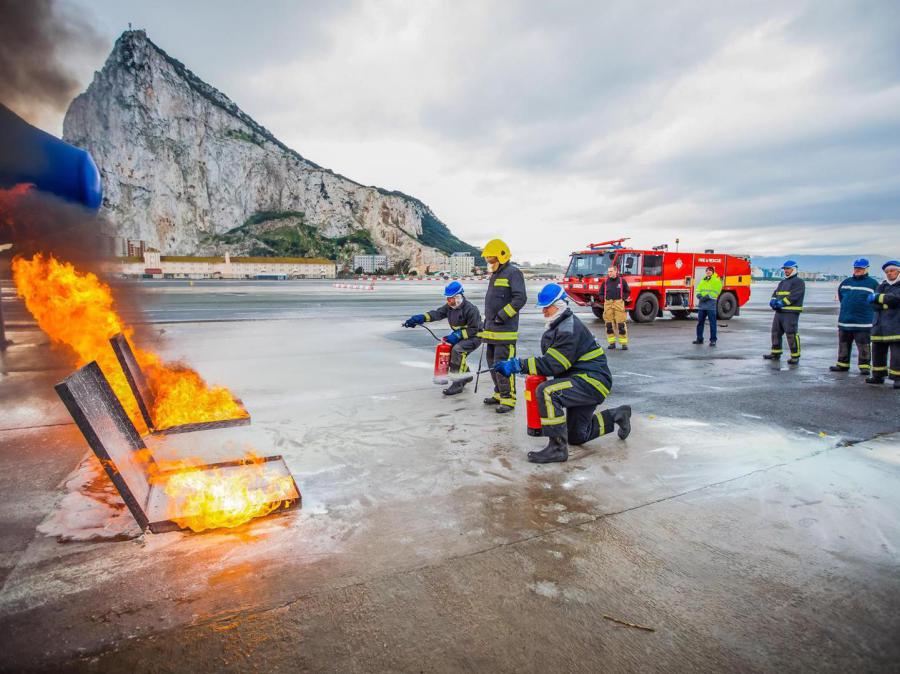 During this element of the STCW course you will be required to fight live fires in a controlled internal space, within a fire training simulator - often this is comprised of a number of modified shipping containers. Purpose built fire fighting simulators that operate at the touch of a button have inherent safety features such as temperature sensors, and gas sensors, these purpose built simulators are far safer than ‘DIY’ built simulators, but at well over 100 times the cost to buy and maintain to the operator, many providers choose the cheaper option. 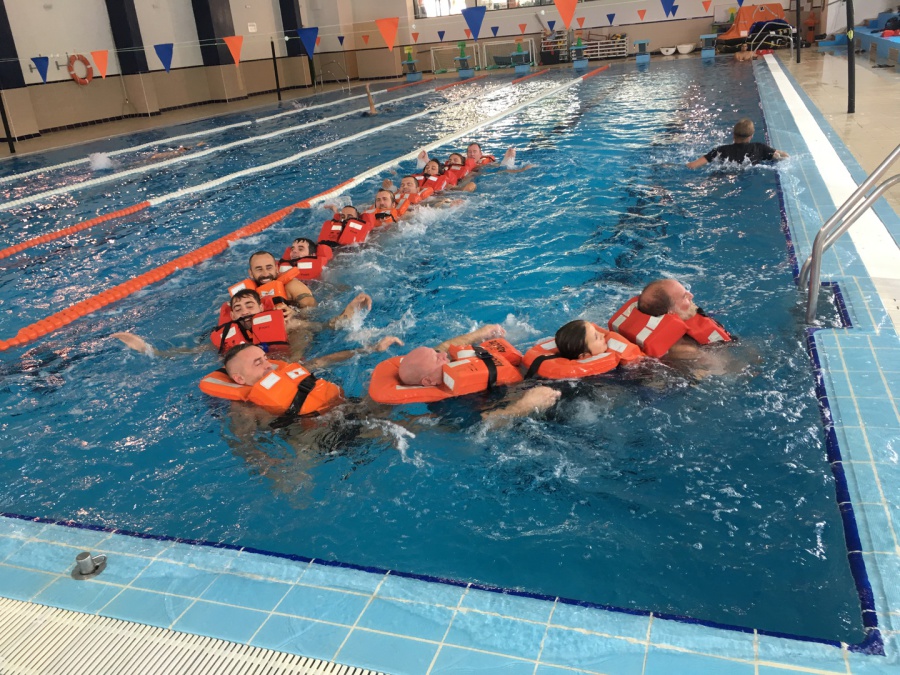 During this course trainees are required to wear survival suits and life jackets, jump into the water from a height and safety right and board an inflatable life raft. It's a great opportunity to tackle the challenges and prepare for the nuances of whats required to survive at sea in an abandon ship situation.

This one day ellement of the course provides an opportunity  to see whats actually inside a life-raft.

Allabroad Maritime Academy is accredited by the Uk MCA to deliver STCW Basic Safety Training in Gibraltar. To ensure the STCW training you book is approved you can check directly with the UK Government website here